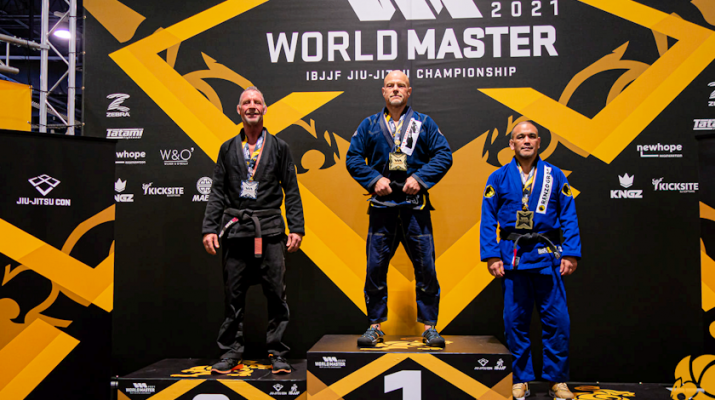 The International Brazilian Jiu-Jitsu Federation holds its World Master championship once each year. The 2021 tournament was held on November 11-13 at the Las Vegas Convention Center in Las Vegas, Nevada. This was Scott’s first time attending this tournament as a black belt. His master 6 heavyweight black belt bracket consisted of nine competitors. Scott won all four matches as he proceeded through the bracket and attained the title.

Scott is a firm believer in competition as means to grow in the many aspects of Jiu-Jitsu. It’s not just the day of the tournament that benefits you. It is the practice, preparation, and discipline that occurs weeks and even months prior that are of great value. You reap the benefits of those things independent of how the tournament goes. The tournament itself will provide lessons from each match, which will drive you to focus and improve those areas for the future. Of course, it is nice to come home with some hardware once in a while. 🙂

These tournaments provide the option, to all that place in their respective weight classes, to sign up and compete in the “open” or “absolute” division. This bracket consists of place winners from each weight class of the same age group and belt. Seven men signed up. Scott won his first match, but lost in the semifinal match. Finishing the day with a bronze medal in the absolute division to go with his gold form the heavyweight class.