Scott is a black belt under professor Scott Huston of 360 Brazlian Jiu-Jitsu.

Scott Began training in Brazilian Jiu-Jitsu in early 2010. It peaked his interest as a possible way to “pick up” a few pointers from a different perspective for the Freestyle and Greco-Roman wrestling that he coached in his home town each Spring. He immediately learned that the upper belts at this school could gain an upper hand over him through angles and leverage. This drew Scott in as he wanted to dive deeper into this martial art. Soon he was attending class three days a week. In four months he had dropped 20 pounds and had a desire to eat a healthier diet.

Combining Scott Roffers’ experience with the instruction and training partners at 360 BJJ soon proved to be a powerful recipe for success. Scott has competed at local and international levels with great results. He has a passion for the art of Brazilian Jiu-Jitsu and is excited to be able to educate people from all walks of life and ages in what is known as “the gentle art.” Through Silverback BJJ, Scott intends to help people by emphasizing the importance of a healthy mind and body that can be achieved through fitness and, what some call, the most effective martial art.

Scott’s professor, Scott Huston, had this to say about Scott: “Scott is one of my very best students and a good friend. He is a leader and inspiration for many of us both on and off the mat. Scott’s world class accolades in addition to his ability to teach and communicate with others have made him a standout. Whether you are hobbyist looking to self improve in a family friendly environment or if you want to become a world class competitor you will be in great hands!“

On November 12, 2021 Scott won the IBJJF World Master championship in the Black Belt master 6 heavyweight division. This made him the first male IBJJF Gi World Champion in Wisconsin! It’s no surprise that his teammate Andy Kazik from Green Bay Jiu-Jitsu is the first male IBJJF No-Gi World Champion in Wisconsin! Proving once again that the Wisconsin 360 Jiu-Jitsu affiliation is legit.

In August of 2019 he ranked as the number 1 Masters 5 brown belt in the world by the International Brazilian Jiu-Jitsu Federation. 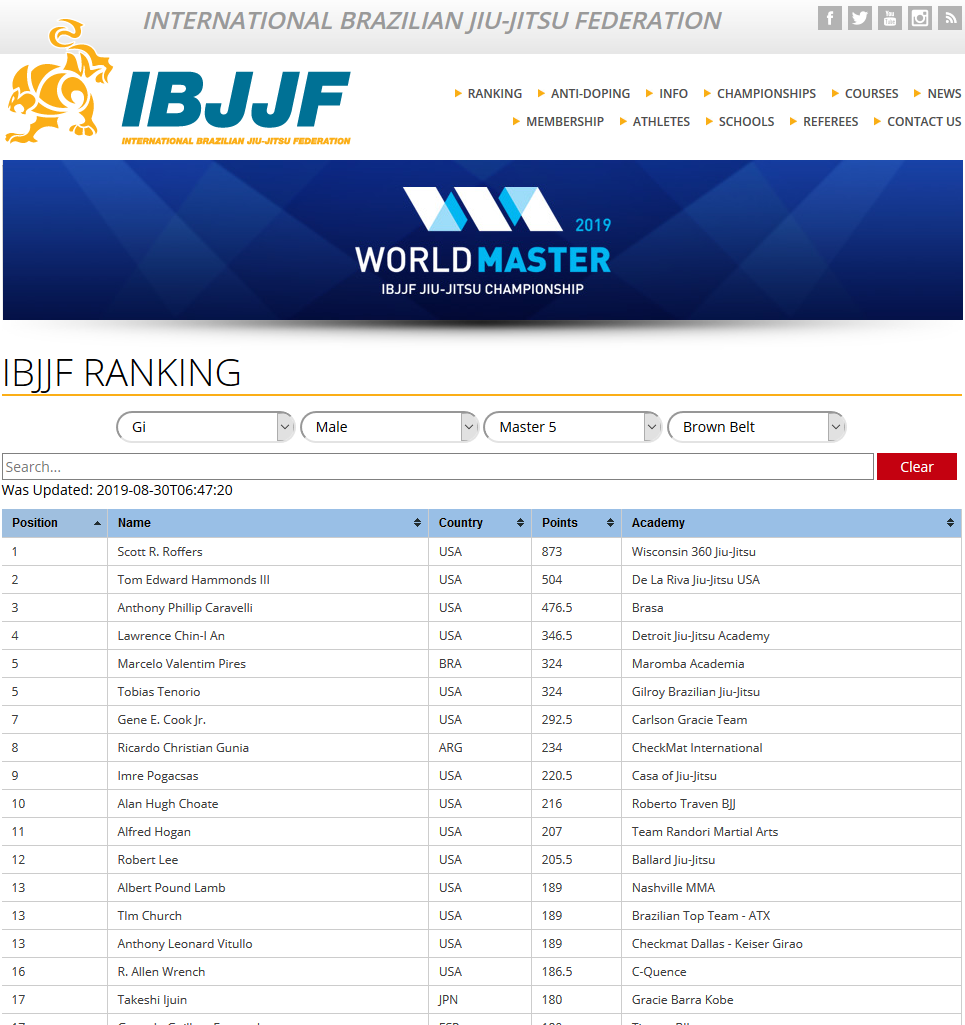 In 2016 he was the number one ranked Masters 5 purple belt in the world by the International Brazilian Jiu-Jitsu Federation. 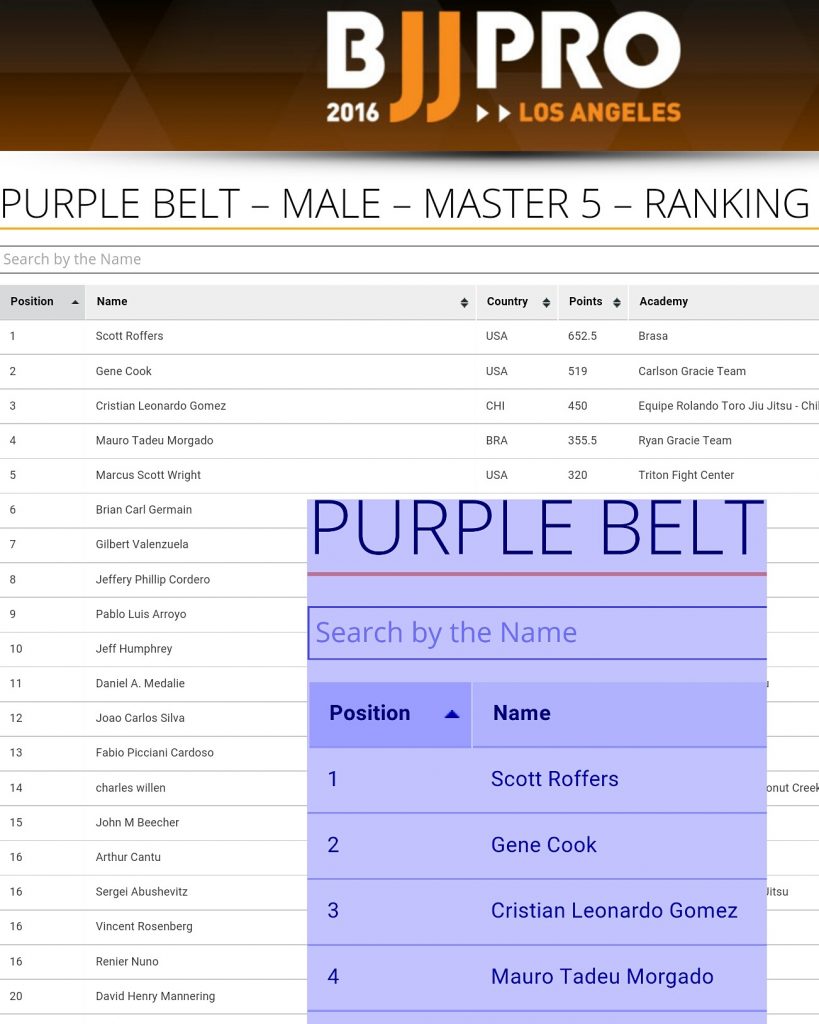 For more about Scott’s BJJ journey, check out his personal page at www.roffers.com.

Dylan is a purple belt under professor Scott Roffers at Silverback BJJ.

I started my fond of BJJ in the military back in 2009. I was stationed in ft Eustis, VA. This were I met my first combatives instructor Russel Eleby. He got me started in army combatives. He helped me train for my very first military tournament. As with the traditional military style constantly moving around and training. Your always making friends losing some and some you will never forget. I was luckily stationed in the aloha state Hawaii. This is where I got to further my combatives career. I met a new instructor, friend, and leader. David “LLamea” Scott a long time BJJ, kick boxer, and muy tai enthusiast. Scott really helped me with furthering my combatives(which will turn into MMA) and military career. Moving forward sometime. I lost both my original instructors through military change of stations. I am now in FT Campbell, KY 2014. Stationed in a new unit and learning who my new leadership is. To my surprise I found both of my combative instructors, Scott and Eleby. Getting to train with them at team legion with multiple coaches from boxing to BJJ to military combatives, pretty much MMA with taser knives. Living the life to the fullest I was training muy tai, kick boxing, and BJJ. Building a great group of friends and fight team. But like all good things they come to an end and with the military “she” knew we were having way too much fun. As time passed, I made a decision to get out of active duty as was a good time because the fight team we had built together was disappearing. Moving and looking around at where I was going to end up. I found myself looking at Silverback BJJ. It was right close to where I grew up and was planning on moving back to. In July of 2017 I became a full member at Silverback BJJ.

Looking back on my career path there is definitely things I would change to better myself. Like not quitting. With Brazilian Jui Jitsu and the people I have meet they will always be there in my mind.  There is something to be said about fighting with someone or somebody that also trains. When you trade blows or roll with them you build a trust and respect. Before you know it, time will pass like it was yesterday, the people you started training with are now your friends and will call you out if you missing a class. It is a BOND that we all forge in BJJ and that is why I train.